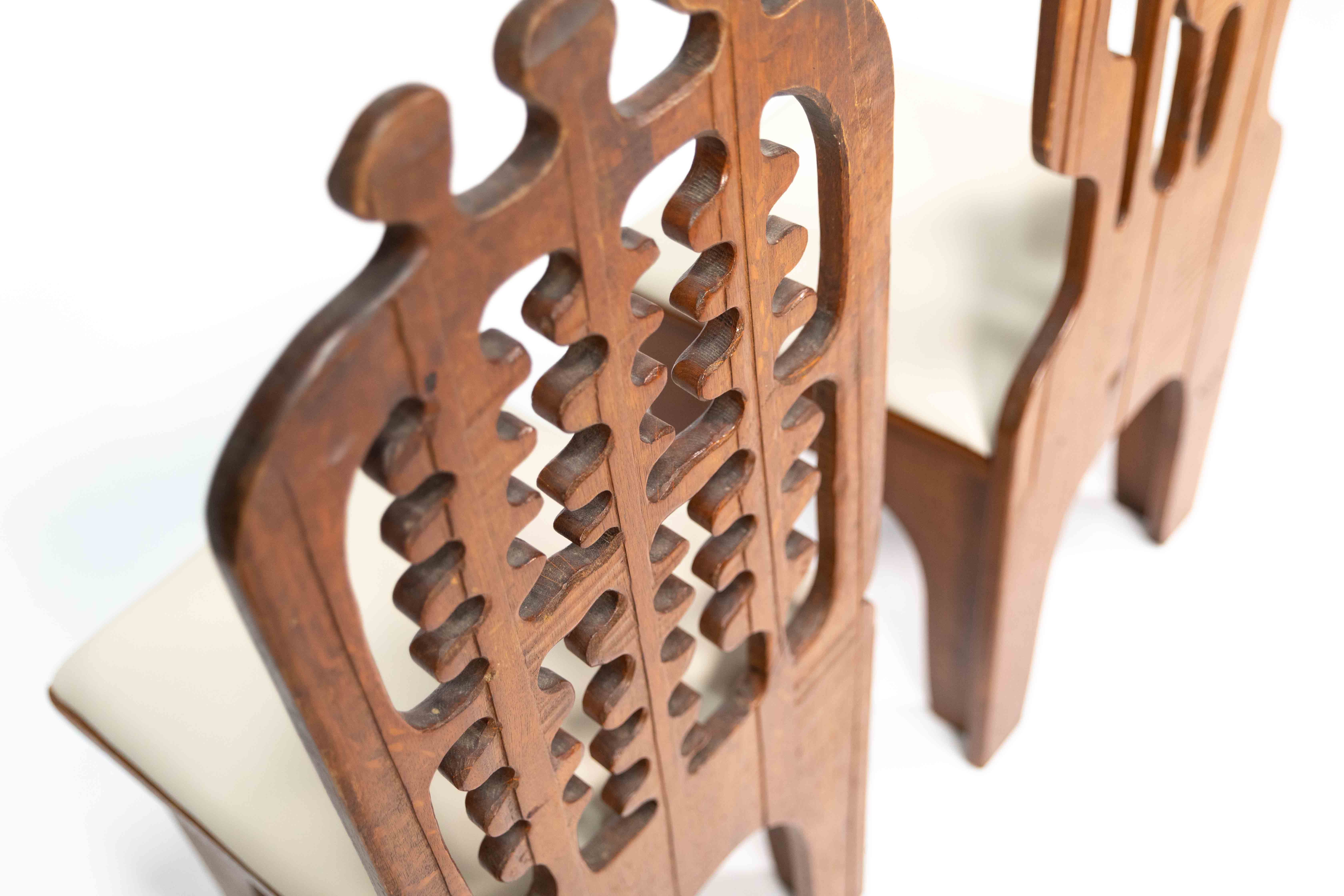 The Saarland painter, sculptor and gallery owner Francesco Pasinato (1935 – 2003) is known only to acknowledged collectors. Born in Padua, the autodidact ventured into unusual materials and worked in the spirit of Alexandre Nolls and Antoni Gaudi. Over the course of many decades, he has created playful sculptures in metal and wood. However, Pasinato’s drawing oeuvre is more extensive, with many water color paintings and graphics.

Chairs are a popular field of experimentation for designers and some artists, and Pasinato has visibly taken on this task with a wealth of ideas. There are many of his chairs, but each one is unique. Pasinatos style of construction can be compared to a brutalist style. The term originally comes from architecture and became popular from 1950 onwards. Brutalism as such is characterized by the emphasis on construction, simple forms and a usually very rough elaboration and arrangement of the structures. Among the wide variety of shapes and materials, Pasinato chose oak as the basic material for its 1970 chairs, which are both comfortable seating furniture and sculptures at the table.

Individual technique in the style of famous sculptors

The sculptural appearance of his chairs is the result of extensive processing, each with its own organic form. Pasinato’s technique reveals borrowings from the creative power of Alexandre Noll, Wendel Castell, Rudolf Steiner and Antoni Gaudi. Pasinato created his own sculptural style with his furniture designs. Contrary to the prevailing trend in the 50s and 60s towards designs that could be used in mass production, he produced wooden furniture such as chairs and tables in individual production. Pasinato was also active as a gallery owner and had his own gallery in Saarbrücken’s Kronengasse, the so-called “Francis”. There, in the 80s and 90s, the local prominence liked to meet. The guests regularly transformed the artist’s well-known place of work into a public place where politics was discussed as well as art and culture.

Sitting instead of standing as status

For centuries sitting was a privilege of the rulers and the clergy. The people used to sit on the floor at public occasions, had to stand or at best were allowed to sit on benches or stools. Most of the seating furniture was made of wood, less frequently stone or metal was used. While the Japanese have largely managed without chairs to this day, there has always been a wide variety of seating furniture for every occasion in Western culture. With Michael Thonet’s new bentwood technique, a revolutionary era for seating furniture began in Boppard am Rhein in the early 1840s. Since then, designers have tried out many things, especially from the 20th century onwards, and developed new materials and formal languages in the process. The Saarbrücken sculptor and painter Francesco Pasinato is one of them.